Food for the Spirit

April 12, 2013 / By meghanbailey / faith sees, faith sees what is not, hope in all circumstances, walk by faith / Post a Comment

I am always amazed at designers or artists in general. An interior decorator walks into an empty space, and in his/her mind, the room comes alive with colors, decor, and design. Only for a brief instant do they actually see the room as empty and void–how it looks to the naked eye. Or the painter, whose glance at a blank canvas is wild with speculations of an upcoming masterpiece. My sister is gifted like this, and I think it is such a beautiful talent.

This is how faith works. Faith is our #1 tool as a Christian–without it, we are really stuck. Without it, we see only the empty rooms and blank canvases. Romans 4:17 says, “God, who gives life to the dead and calls those things which do not exist as though they did.” He calls things that don’t exist as though they did? Like the time He told Abe and Sarah they’d be a great pair of parents, and they were nearing their 100’s and still childless. It says Abe hoped against hope (he was OLD!)–he used his faith to see and act like what God said was true. (Sidenote: don’t get discouraged if you waver a bit, because Abe tried to take matters into his own hands, too, and realized the hard way it just doesn’t work out so well–so learn from him and take the better route–trusting God.) Like the time Daniel was locked up in a lion’s den amidst some hungry beasts–God saw an alternate ending to the story. Like all the times Jesus healed people. He called them well when clearly they weren’t well.

One translations says God calls things that are not as if they already existed! Just like a designer sees the unseen, people who believe God can do what He says, and see alternate endings of their story!

It isn’t about being in denial. It’s exactly like the makeover specialist that says, “Girl (or Guy), you need some work,” then starts to “see” a better version of me–new ‘do, new duds–a transformation has ensued. Faith never ever lets the story end with the problem–it ends with the solution, and a good one at that.

When we are confronted with a trial, problem, or full on attack, what do we allow that space in our heads? Or who do we allow? Fear? Worry? Negativity? Speculation? Faith? Hope?

Faith sees what our naked eyes cannot see. There is much more going on that what we can see, feel, touch, or taste. Just because we cannot see the signals making the phone calls, does not mean they aren’t there. Hebrews 11 says our faith perceives as FACT what cannot be seen by our senses. Let’s hook up with God’s vision, to how He sees our outcomes.

Walking by faith, and not by sight, is definitely the way to go. An interior designer would be unemployed if they didn’t work by faith, if they didn’t see a beautiful space in the empty one. Similarly, we will only be successful when we see what God says about it, and when we stand that very promise for us! This hope, it says in Romans 5, NEVER ever disappoints. I cannot name a time where I’ve stared my adversity in the face, stood on a promise God had for me, and ended up regretting that I did it! 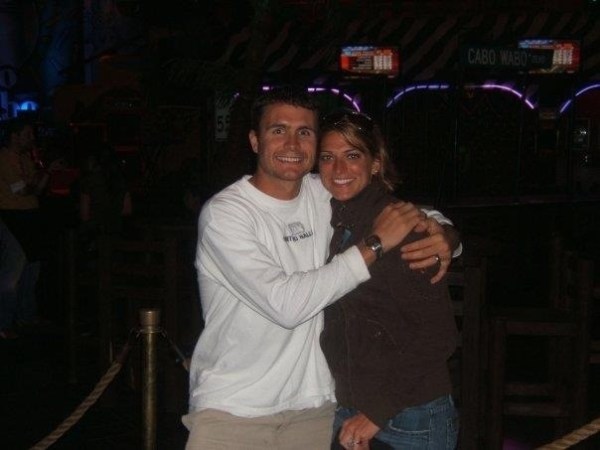 I have tons and tons of examples of this–where there was an absolutely different outcome than what Vegas would have bet on. The more I trust God, the more settled I become in all of my circumstances.

We have been in a big season of change in our business–basically we lost 1/2 our business. God is a big God, and we know He wants us to prosper (in all ways), so we have been praying for our hands to be blessed in the other places we put them to work (Deut 28), and believing that He can use any method or person to do so! So we’ve had this jet ski dock on Craigslist for a year–a YEAR–with not a one phone call. The day, THE day, we started praying this, we got a call about our dock, and it was purchased in full. That very day. Whaaa? Right, that’s how God works. Can I just say I appreciate how creative God is–He embodies creativity (look at the design of our bodies?!) I’m telling you, it is so much better to let your head, your life, and your everything be affected by Him.

Last one: we recently took a trip to Portland to see our favorite singer–Kim Walker. (a-MAZ-ing) We had purchased tickets long ago, before the whole business thing. Well, I ended up using some credit card points (I know Dave Ramsey would be disappointed!) to pay for the plane tickets. The flight ended up being delayed, so I had to book another one way to make it to the concert on time. Upon returning to Boise, the airline (Southwest is amazing!), reimbursed our flight(s!) AND gave us a large credit to fly again. So we ended up MAKING money on our little vacation. The credits, the reimbursements, and the vouchers outvalued the food, the tickets, and even our Shamrock Run 5K registrations! (pic below) Whaaa? Anything’s possible, right? 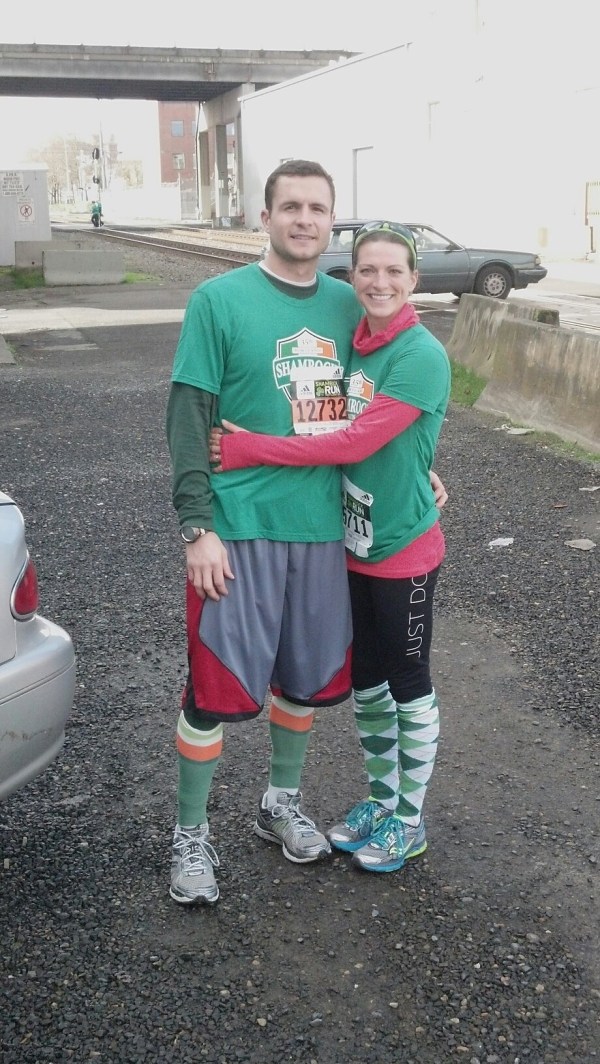 These are two very minor examples, but this is the character of God! Because of Jesus, we can believe for blessing and not a curse, for bright and beautiful outcomes, not empty or hopeless ones. I hope you are encouraged today, and through the weekend, to walk by faith, talk by faith and believe God! (pick an opportunity to exercise this, and give it a go! be sure to comment when God comes through for you.) Faith sees what is NOT but believes and calls it AS THOUGH it already is. That leaves no space for worry, fear or crazy speculation, so you can enjoy your day and know God and you will be the one’s smiling in the end.

Week 2 is Underway! Carrot and Cauli Hummus in the 21 Day Challenge
Egg and Sausage Bake

Breaking the Chokeholds of Shame

Created to be a Game Changer